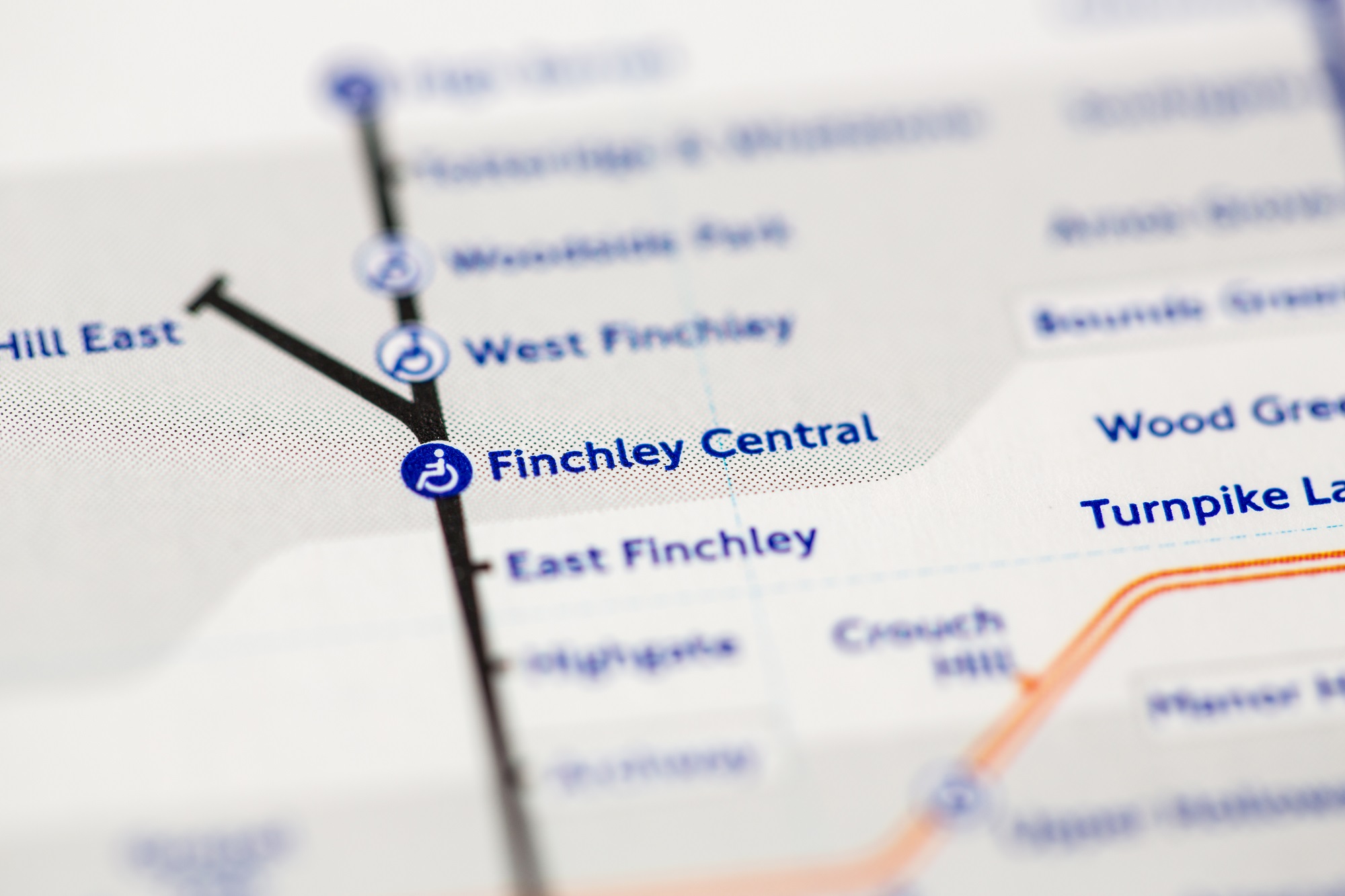 Finchley has long been a great choice for those looking to live north of the water, thanks to its superb properties, great schools and multi-cultural community.
Located in the borough of Barnet, Finchley is just over six miles north of Charing Cross with Golders Green to the south, Mill Hill to the west, the north circular road to the south and the M1 motorway to the west.
We'll touch more on Finchley's transport links later...

Finchley is popular with young professional buyers and renters who find West Hampstead and East Finchley a stretch on their budgets, while families love Finchley's community feel and superb schools.
Finchley spreads itself around Finchley Road in the south, up to Regents Park Road and Ballards Lane in the north and most of the areas hip coffee shops and amenities are to be found on these roads.
Property hunters in Finchley can expect plenty of variety and choice and some genuine value in this North London superb, too.

Houses for sale in Finchley

Finchley, like many areas of North London, is best known for its rows of Victorian and Edwardian properties in roads like Dollis Road.
Period terraces and semi-detached homes are popular with families and couples looking for room to grow, while young professionals target Finchley's modern flats and apartments, as well as period conversions.
Areas around Finchley's best schools are also popular with families both from home and abroad, with plenty of 1930s mock-Tudor properties available.
Property prices in Finchley, like most of London, have been affected by political uncertainty and, as such, have dropped by around 6% according to Dataloft Inform.
Those changes have seen flats in the area average £399,537, while terraced homes are available for below £650,000 on average.
Larger semi and detached family homes average between £800,000 and £860,000.
Average property price in Finchley: £542,646

Flats to rent in Finchley

While rents have risen in Finchley by around 6% over the past 12 months, there is still plenty of value to be found for renters in the area.
Flats, in particular, remain popular, forming 80% of all lettings in Finchley.
The average monthly rent for a flat in Finchley comes in at £1,331, while terraced properties average just over £1,800.
Larger houses can be picked up for between £2,300 and £3,700, meanwhile.
Average rent in Finchley: £1,475.

Road commuters have the north circular A406 road just south of Finchley, while the M1 north is to the west and easily reachable.
Finchley is also brilliantly located for rail travel, with Finchley Central, West Finchley and Woodside Park Underground stations close by.
All three stations are on the Northern Line in zone 4, with services to London Bridge and Tottenham Court Road.
The No60 bus also goes from Finchley Central to Baker Street, Marble Arch and Victoria.

Despite the lure of Brent Cross shopping centre nearby, Finchley has plenty to offer shoppers in its own right.
The area around Finchley Central station is packed with shops, while Tally Ho corner is home to branches of Waitrose and Aldi.
In North Finchley, Ballards Lane and the High Road offer plenty of options for those in need of retail therapy, too.

Eating out in Finchley

They say breakfast sets you up for the day, so with that in mind, try Finchley Kitchen on Regents Park Road which offers a host of options as well as meals for later in the day.
For an evening meal, lovers of spice should head to Cochin on Ballards Lane, which offers traditional Indian and Bangladeshi curries.
Alternatively, Turkish and Mediterranean dishes are on offer at Ishtah on Hendon Lane.

The bright lights of central London are never too far away when you live in Finchley, but the area itself also offers lots of options to keep the kids entertained.
On rainy days, check out a film at the Vue cinema or the Hollywood Bowl in North Finchley.
The Finchley Lido is a superb outdoor swimming pool for when the weather is set fair, but also has an indoor pool with a wave machine meaning it's a genuine year-round attraction.

Ellis & Co has been selling, letting and managing properties in Finchley for more than 40 years and branch owner Khalid Ghani has built an experienced and passionate team around his own experience of selling property in the area for more than 25 years.
If you're looking for a new home in Finchley, we'd be delighted to help. Please pop into the branch on Regents Park Road, or contact the team through our website.
Back to all articles