Everything you need to know about living in Wembley

When most people think of Wembley, they rightly picture England captain Bobby Moore holding aloft the World Cup in 1966.

Away from England's greatest sporting moment and the now iconic arch of Wembley Stadium, though, this is an area of North West London that has enjoyed huge regeneration over the past 15 years.

With great transport links into central London and situated just 10 miles away from the heart of the capital, it's easy to see why Wembley has attracted the attentions of numerous buyers and property investors in recent years.

Not only is Wembley a sport lover's dream, but it has also developed into a vibrant community with great variety.

Families and young workers are attracted to the area's property prices and accessibility to central London, as well as the vibrant cultural scene developing around the regenerated Wembley Park area.

And as urban as Wembley may seem, it's not without its green space, either.

Barham Park is a haven of tranquility away from the bustle of urban life and is west of the stadium at Wembley Central.

Unlike many areas of North London which are flooded with Victorian and Edwardian terraced homes, Wembley benefited from the Metropolitan Line growth of the 1930s and so many of the area's homes are large detached and semi-detached properties from that era.

Wembley Park's regeneration has seen a number of new developments spring up close to the stadium, with many flats and apartments now rented by millennials priced out of zones two and three.

The Barn Hill estate north of the stadium is popular for those seeking a solid 1930s build, while the houses west of the stadium at Wembley Central tend to be smaller terraced and semi-detached homes. 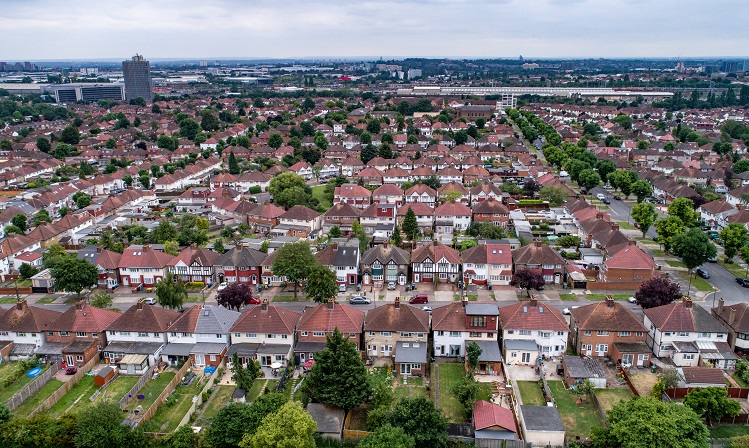 Houses for sale in Wembley

Wembley, like many other areas of the capital, has experienced a Brexit-led slowdown in prices over the past 12 months.

Wembley Central's average property price of £343,024, according to Rightmove, was compared with an average price of £437,738 at Wembley Park.

Houses for rent in Wembley

Most of Wembley's rental stock is flats, thanks mainly to huge swathes of development around Wembley Park, but some houses are available.

A two-bed flat in Wembley will set you back around £1,500 per month according to Zoopla, although Wembley Park's newer apartments are likely to cost more.

At just 10 miles north west of central London, Wembley's proximity to the city is one of its huge selling points.

In zone four, Wembley has no fewer than three rail stations - Wembley Park on the Metropolitan and Jubilee Lines, Wembley Central on the Bakerloo Line and overground line and Wembley Stadium which has rail services to Marylebone.

The North Circular road runs to the east of Wembley and links well with Richmond, Twickenham and the M3 motorway south and also the M1 north at Brent Cross. 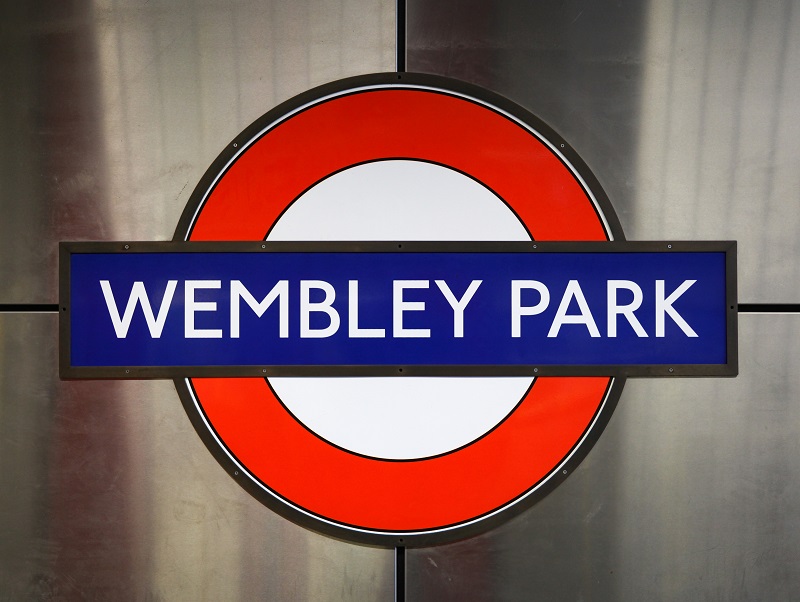 As well as a number of private primary schools, such as St Christopher's, The Noam and Buxlow, Wembley's state primaries are also highly-regarded.

Most are rated 'Good' by education watchdog Ofsted, with those rated 'Outstanding' including St Joesph's Infants, St Joseph's Junior and Oakington Manor.

The London Designer Outlet at Wembley Park is hugely popular with top-line brand hunters, who benefit from big savings all year round on brands such as Kurt Geiger, Jack Wills, Nike, Converse, Adidas, Guess, GAP and Superdry.

The shopping park also has a Cineworld cinema and a huge number of food and drink options.

And, of course, central London is only around 30 minutes away by Tube.

Eating out in Wembley

With the more well-known restaurants dominating the Wembley Park area, it's easy to forget there are a host of other, more independent eateries in the HA postcode.

Young's Peking Restaurant south west of the stadium on Harrow Road is a great option for fans of traditional Chinese food, while one of the best all-day breakfasts before kick-off is to be found at The Lounge Cafe to the north of the stadium on Chalkhill Road.

For something a little spicier, try Taste of Peshawar on Harrow Road - ideal to warm up after 90 minutes of football at Wembley Stadium.

Things to do in Wembley

Of course, Wembley is best known for sport and there's no shortage of it.

But it's not just football on show at the stadium, including England games, domestic cup finals and the Football League play-offs... American Football has been attracting huge crowds in recent years with the likes of the Jacksonville Jaguars crossing the Atlantic to satisfy the desires of the UK NFL supporter.

Wembley Arena, meanwhile, close to the stadium, hosts a who's who of rock and pop acts throughout the year, as well as some of the UK's best-known comedians.

And if that weren't enough, you only have to jump on the Tube and you're just minutes away from everything else London has to offer. 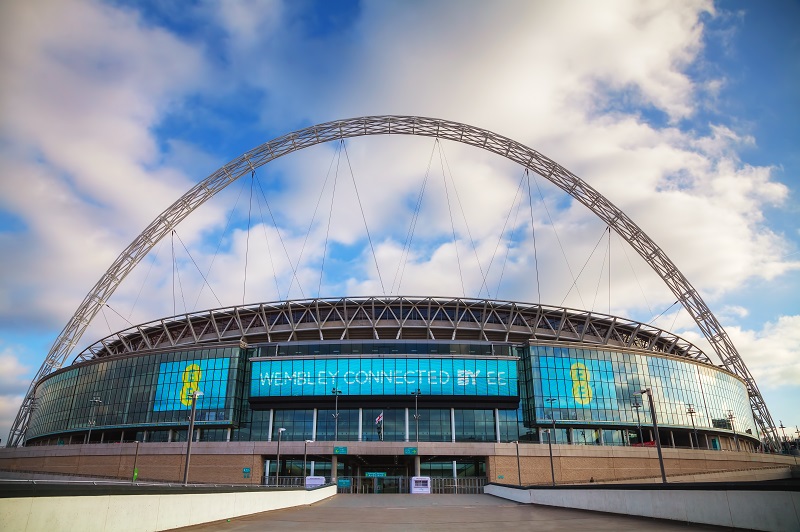 Even if you can't get along to a game, taking the children for a tour of Wembley Stadium will leave them speechless.

The stadium uses the latest in virtual reality technology so, even when it's empty, it will feel like a high-pressure International match under the lights!

Partyman World is a hugely popular soft play centre, which also features balloon modelling and air cannons for the kids to thrash away the hours.

And if you're looking for something a little more outdoorsy, get along to Barham Park for a step back in time to the Victorian era and glorious walled gardens while the children enjoy the play area.

If you are looking to move to Wembley, take a look at our available properties or speak to the experts.