Buyers Already on Board with Elizabeth Line Stations 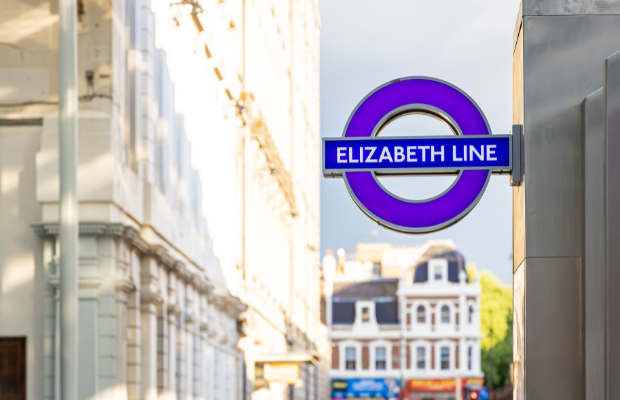 As of May 2022, Transport for London (TFL) announced the opening of its new Elizabeth line. The new overground route runs trains from Paddington in the West to Abbey Wood in the East, and including the remainder of the line which reaches as far as Reading, the capital’s commuters and dwellers alike are fighting for a spot nearby.

Even before the line was announced fully operational, London saw the ‘Crossrail-effect’ transpiring as home-hunters proceeded to ramp up demand for areas along the route long before the first trains departed.

The appeal of the Elizabeth line

The new Elizabeth line’s sleek and modern trains are decked out in a regal purple colour scheme to proudly represent Her Royal Majesty. For those looking for a smoother commute from London’s suburbs and outlying areas, The Elizabeth line offers a high-speed connection between central London commuter hotspots such a Liverpool Street and Paddington.

According to Rightmove, areas such as Twyford, West Drayton, Reading, Romford and Iver have all seen an increase of greater than 200% compared to ten years prior. And out of all the stops along the route, Twyford was found to record the biggest increase in buyer demand over the last 10 years. Romford, at the other end of the line records the similar growth after seeing a huge boost from a contemporary station rebuild, and buyer demand reaches a 234% growth since 2012.

In the local areas surrounding the stops for the Elizabeth Line, asking prices have more than doubled over the past decade. Recent data records historically high asking prices for areas such as Maryland, Abbey Wood and Stratford stations as buyers compete for better convenience.

Maryland Station in Newham, which provides an additional option for those commuting towards Stratford, has seen the biggest leap in average asking prices, which have more than doubled over ten years from £233,480 to £486,235

Buyer demand in Twyford has seen the largest growth. Situated at the end of the western section of the line and next stop along from Reading, the demand for a property in Twyford has more than tripled compared to ten years prior.

At the end of the South East section of the line, Abbey Wood station faces unwavering competition from buyers. Measured by the number of people enquiring about each property, competition has increased more than nine times over the decade.

It’s no surprise that this new overground line has gained so much notoriety when commuters are seeing their commutes cut down by as much as £17 a day. With stations so large that the one located in Paddington could fit The Shard inside if laid flat, landlords and sellers are working hard to create more supply for such rampant and growing demand. Which also means those with commuter-friendly properties on the market can enjoy raising their asking prices and monthly rents, while buyers will happily oblige to gain their spot.

For more information on how this could affect you, contact your local Ellis & Co today: www.ellisandco.co.uk/e...