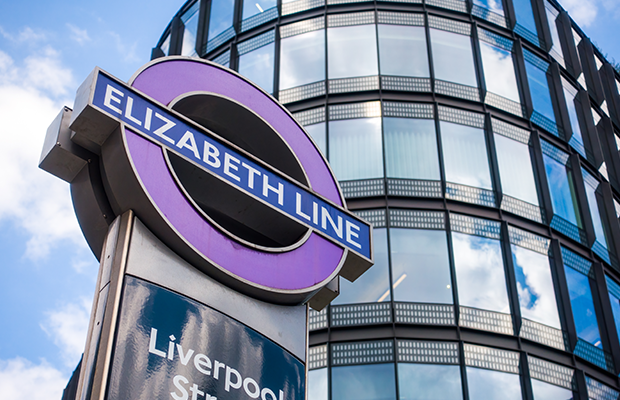 In the local areas which are home to the new Elizabeth line, asking prices have more than doubled over the past decade. Rightmove’s analysis shows historical highs for asking prices in Maryland, Abbey Wood and Stratford stations due to the convenience of the new line - which passes through a number of commuter hotspots in London.

Maryland Station in Newham, which provides an additional option for those commuting towards Stratford, has seen the biggest leap in average asking prices, which have more than doubled over ten years from £233,480 to £486,235

Buyer demand in Twyford has seen the largest growth. Situated at the end of the western section of the line and next stop along from Reading, the demand for a property in Twyford has more than tripled compared to ten years prior.

At the end of the South East section of the line, Abbey Wood station faces unwavering competition from buyers. Measured by the number of people enquiring about each property, competition has increased more than nine times over the decade.

While buyer demand has spiked in western areas, prices and competition continue to rise most in eastern areas.

Charlotte Duck from Yahoo News describes the rising figures as, ‘The Elizabeth Line Effect’ She says: “There’s little doubt that the Elizabeth Line, or Crossrail as it was previously known, has led to a spike in prices for those lucky enough to own property within easy reach.”

Although buyers may receive this news with pessimism, there may be hope for a gradual slow-down as the initial excitement wears off. She continues: “While these price rises are eye-watering, it’s worth bearing in mind that much of this increase occurred when the Crossrail project was announced — rather than when it is completed.”

With the increasing cost of living rising in London and a new working-from-home culture emerging from the pandemic, Londoners feel encouraged more than ever to move closer to Crossrail routes.

Rightmove’s Tim Bannister said: “Our unique view of the whole housing market over the last ten years really shows how many areas near stations that are now either better connected, or have seen their journey times into central London significantly slashed, have received a lot of new attention from buyers and renters.

“As the Elizabeth Line opens, it does so with a backdrop of record rents in London, a rising cost of living and a shortage of available homes.

“Areas further out from central London which have lower asking prices or rents, but are now more easily commutable will be attractive to new buyers and tenants in search of somewhere affordable to live near the capital.

“Not only this, but new working from home patterns since the pandemic started two years ago will have many people weighing up whether they are prepared to commute from further away if they need to do so less often.”

Looking for more information? Get in touch with us today.