The best boroughs to live in London for green space 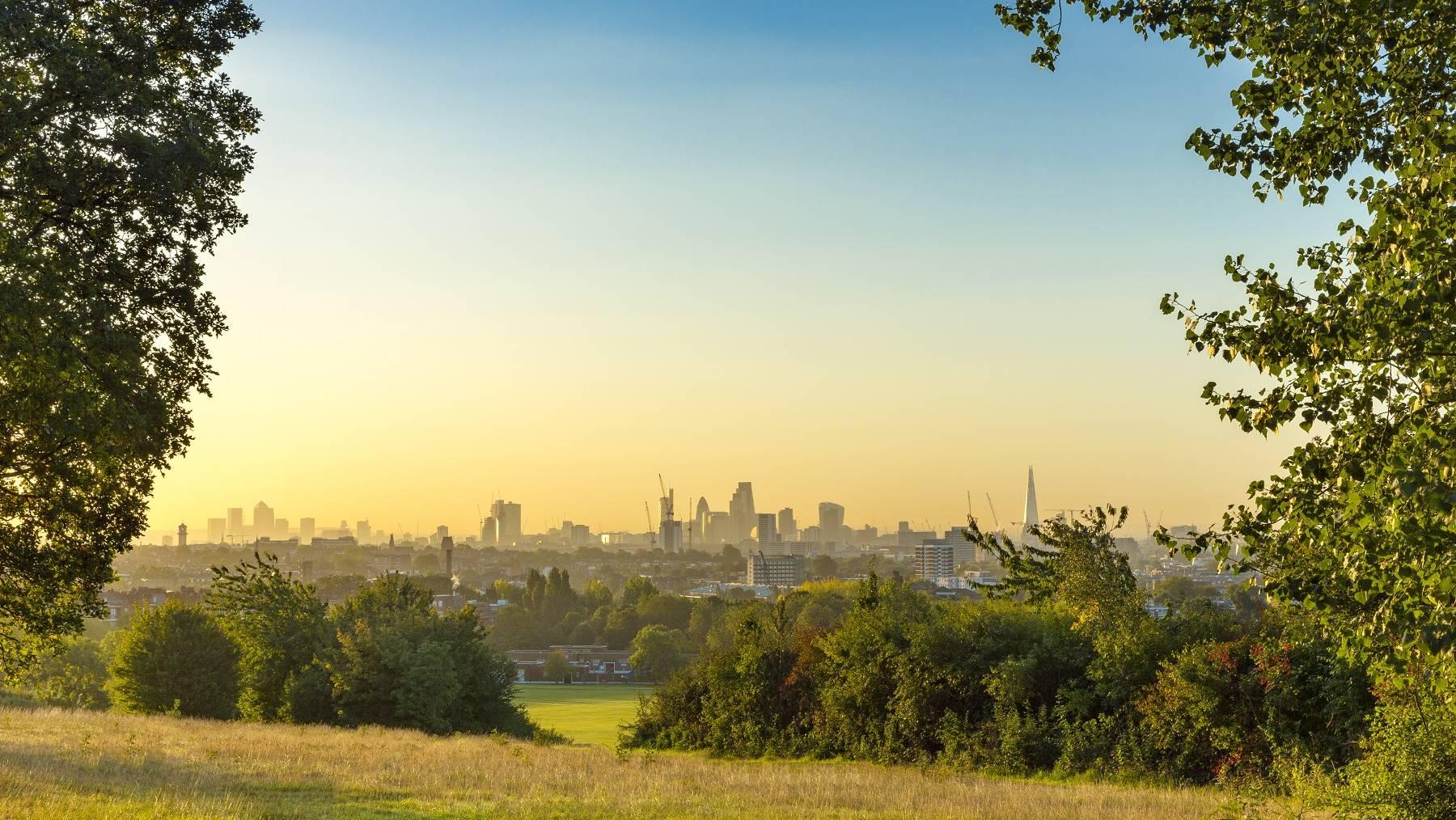 London may be the fourth largest city in Europe by population, but it’s also home to some incredible green spaces.

Here, we’ll run through the best boroughs and areas in London for green space…

How much of London is green space?

There are more than 3,000 parks in London and open green spaces account for around 18% of the city.

And by the year 2050, it’s hoped that at least 50% of the capital will be designated green space.

Which is the greenest area of London?

What is the importance of green spaces in London?

Financially, green space in the capital is valued at as much as £5bn a year, while it’s estimated the city’s public parks save the UK £950m every year in NHS costs across physical and mental health services.

Is London the greenest city in the world?

A whole host of studies reveal London is one of the greenest cities in the world.

The capital is home to more than eight million trees and 14,000 different species of wildlife, while 47% of the capital is classed as ‘green’.

The London areas with the best green spaces

If you’re looking to buy or rent a property in London, living close to green space could be high on your wish list.

Below, we’ve listed 10 of the best areas of the capital for green space…

With more than 900 hectares of green space and 123 parks, Enfield really shines when it comes to the great outdoors.

Bethnal Green’s popularity is increasing all the time, but it’s not only great properties and superb transport links that attract property hunters to this part of East London.

The area has some fine open, green spaces and some of the best parks in London as well as the Regents Canal that runs between Bethnal Green and Bow

A vibrant spot of North London, Finchley is also home to Windsor Open Space and the Dollis Brook – a haven for wildlife that runs from Brent Park in the south all the way through North Finchley and Whetstone to Barnet Gate in the north.

Golders Green in North London is best known for the Hampstead Garden Suburb – an elevated suburb of homes with a central square.

But the area is also flanked by Hampstead Heath, one of London’s largest green spaces, Golders Hill Park and the Hampstead Heath Extension, making it one of the greenest areas to live in the capital.

Greenford is one of the greenest areas of West London, with superb parks on both sides of the A40 which splits the area from North West London.

Perivale Park is Greenford’s main green space and has something for everyone, with walking paths, football pitches, a golf course and a café.

Best known for the prestigious Harrow School, this area of North London gets an A+ when it comes to superb green spaces.

The Recreation Ground is the largest open space in the area and is only a stone’s throw from Harrow town centre.

Islington may only be a few miles from Central London, but this popular North London area combines city living with some stunning parks and green spaces.

Highbury Fields is the biggest area of green space in the borough and is flanked by the Emirates Stadium home of Arsenal FC.

Less than a mile from the M1 motorway, Mill Hill is a little taste of village life in the big city.

Stanmore lies at the end of the District Line between Watford and Edgware.

The area’s country park is one of London’s finest green spaces, offering superb views across the capital in more than 30 hectares of parkland.

Another great area of North London, Willesden Green’s main green space is Roundwood Park, which reminds visitors of exactly where they are thanks to its stunning views of Wembley Stadium.

The best areas with green spaces near London

Tonbridge sits just to the north of the High Weald Area of Outstanding Natural Beauty, while the River Medway flows through the centre of the town.

In the borough of Bexley in Kent, Sidcup’s best green space is Foots Cray Meadows to the east of town, where the River Cray is surrounded by woodland, meadows and lawns.

• London houses with gardens and where to find them

• How to develop land in London