How to spot signs of damp in a property 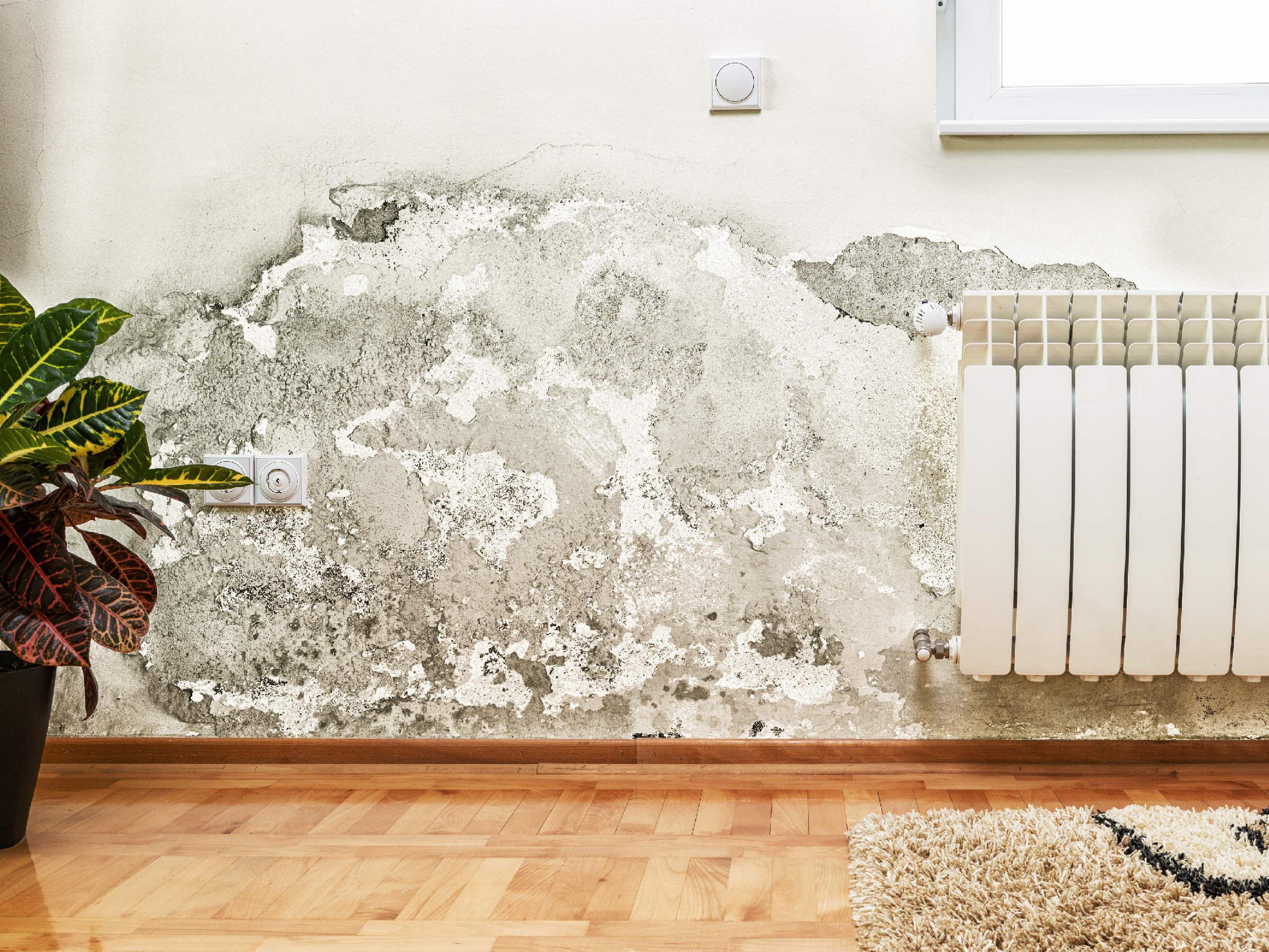 Damp is one of the most worrying and costly property problems to fix.

But if you know what to look for, spotting the issue quickly can help stop it becoming a major problem.

In this guide, we explain the main signs of damp to look out for, as well as the different types of damp that affect UK properties…

Signs of damp to look out for

Although damp can cause major damage to properties and inflict huge costs on homeowners and landlords, it can be easy to spot.

Here are the signs you should look out for…

1. Wet walls and ceilings, and staining

If your walls or ceilings feel damp to touch, or you spot brown or yellow-tinged stains appearing on plaster, it’s likely you have a damp problem.

Damp can cause spores of black mould to form on walls, ceilings and around window frames and doors.

Mould is one of the most visible signs of damp in the home and can be harmful if left untreated, particularly for those with respiratory problems like asthma.

Look out for these signs, particularly when plaster is crumbling low down on walls, as this could be a sign of rising damp.

Most damp problems give themselves away initially through a musty smell.

If you detect this smell in a certain room, start checking for damp by examining walls, floors, and ceilings.

Rotting wood, such as skirting boards, can be a sign of rising damp.

Damp skirting might also start to come away from the wall or crumble when touched, while wooden floorboards can also start to rot if rising damp takes hold.

How do you find out where damp is coming from?

Once you’ve identified a damp problem in your home by spotting some of the tell-tell signs, the next step is to work out where the source of the issue lies.

Most damp problems in UK homes are down to three main causes:

Rising damp is caused when moisture rises through brickwork in a capillary action.

Most cases of rising damp are caused by a damaged damp proof course (DPC).

DPCs only became mandatory in 1875, so properties built before that date, or soon afterwards, may have a substandard course or not have one at all.

Penetrating damp is when moisture enters a property because of a structural issue.

Damaged roofs, broken pipework or leaky guttering can all cause penetrating damp.

Condensation is one of the most common causes of damp in UK homes and is usually caused by poor general ventilation or certain living habits like cooking or bathing without adequate ventilation or drying clothes on radiators.

All of this can increase warm moisture in the home and when this hits cold surfaces like walls or windows, it turns into condensation and often mould.

How do you know if you have rising damp?

Rising damp comes with several tell-tell signs, many of which are different to other forms like condensation and penetrating damp.

Because rising damp comes from the ground, it often affects lower parts of a property, so look out for:

Condensation can be a major cause of black mould in the home and is often down to poor ventilation.

Condensation can be more of an issue in winter, when surfaces become colder, and homes aren’t as well ventilated.

Penetrating damp is often misdiagnosed as rising damp and many of the signs are similar.

Often one of the easiest ways to distinguish between the two is to look for signs of damp higher up on walls and ceilings.

Rising damp rarely gets higher than one metre above the floor, whereas penetrating damp can see moisture enter the property at any height where there is a weak point or structural issue.

Common signs of penetrating damp include: