The renters reform bill and white paper explained for landlords 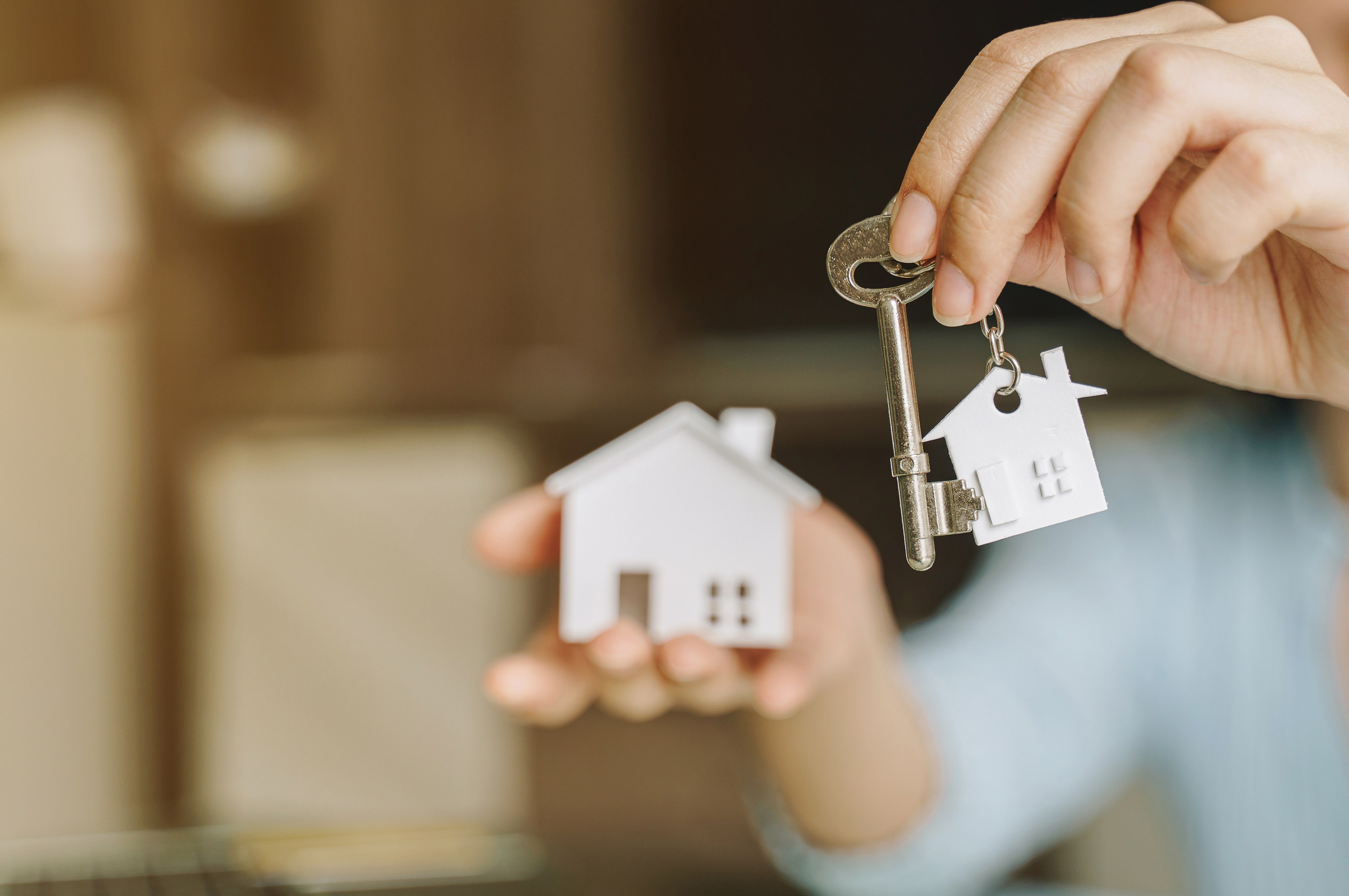 The long-awaited government white paper on the much-publicised Renters Reform Bill has finally been published.

It’s been heralded as the “biggest private rented sector shake-up in 30 years” and there’s no doubt the Bill will have a major impact when it becomes law.

“But it’s important not to panic at this stage,” stresses Ellis & Co Managing Director Rob Smith.

“We don’t expect the Bill to become law before 2024, so there is plenty of time for landlords to understand and weigh up the impact it will have on them.

“There’s also a long process to go through, with amendments and debate on the Bill, so we’d expect several revisions before it becomes law.

“The best thing for landlords to do right now is read and understand all the elements of the Bill, so they’re prepared for what will happen in the next couple of years.”

What is the Renters Reform Bill?

Former Prime Minister Theresa May first announced the Bill in 2019, but its reading was delayed due to the Covid -19 pandemic.

The Bill aims to provide more security for tenants and improve standards in the Private Rented Sector (PRS), while also ensuring landlords retain certain rights to possession of their properties.

How the Renters Reform Bill will impact landlords

1. The abolition of section 21

Under the Renters Reform Bill, section 21 ‘no fault’ evictions would be abolished.

This move would mean landlords will be forced to use section 8 processes to regain possession of a property, with only the tenant being able to end the tenancy without a reason.

The Bill proposes to add additional grounds for possession to section 8, while also strengthening existing grounds and improving the court process.

Under the Bill, landlords will only have to prove they’ve protected a tenant’s deposit to use section 8.

Currently, to use section 21, landlords need to have provided tenants with:

Under the Bill, section 21 would be phased out in two stages:

2. The end of fixed term tenancies

As part of the removal of section 21, fixed term tenancies would also be abolished, with agreements becoming periodic from the first day.

This means tenants would be free to leave at any stage of their tenancy by giving two months’ notice to their landlord.

Tenancy agreement notice periods of more than two months would be banned.

Under revised section 8 grounds, landlords would be able to give a tenant two months’ notice should they wish to sell or move into their rental property, while notice periods for other grounds (anti-social behaviour, rent arrears, etc) will vary.

Section 8 grounds for possession will be overhauled as part of the Renters Reform Bill, giving landlords the power to:

Most importantly, many section 8 grounds will become mandatory, meaning judges would be forced to grant possession if the landlord can prove the ground.

Moving into your rental property

While current section 8 rules state a landlord can issue tenants with notice if they wish to move into their rental property, this isn’t the case for children or family members.

Under the Renters Reform Bill, section 8 will be revised allowing a landlord to give notice if their close family members wish to move into the property.

However, this ground can’t be used in the first six months of the tenancy and your tenants would need two months’ notice.

New section 8 grounds will be created under the Bill for landlords who wish to sell their rental property.

The current mortgage repossession ground will also remain in place.

For the first six months of a tenancy, however, these grounds can’t be used, while tenants will also require two months’ notice of any intent to sell.

A new mandatory ground will be created under section 8 allowing landlords to issue notice to tenants who have been in at least two months of arrears on at least three occasions in three years.

This ground will be useable even if the tenant is not in arrears at the time of the court hearing.

If this ground is proven, landlords will only need to give the tenant four weeks’ notice to leave the property.

In the case of serious anti-social or criminal behaviour from a tenant, notice periods will be reduced to two weeks.

Under the legislation proposed in the Renters Reform Bill, it will become illegal for landlords and letting agents to apply blanket bans on renting to tenants with children or those on benefits.

5. Renting to tenants with pets

While the Renters Reform Bill aims to make it easier for tenants with pets to rent a home, much more detail is needed on exactly how this will work.

The Bill pledges to ensure landlords can’t unreasonably withhold consent when a tenant requests to keep a pet.

And under the Bill, the Tenant Fees Act would be amended to allow pet insurance as a chargeable fee.

But it’s unclear how the law would work for properties where pets are banned in the headlease, or for Houses in Multiple Occupation (HMOs) where other tenants’ needs would have to be considered.

The Renters Reform Bill aims to tackle the estimated 12% of UK rental properties that pose “an imminent risk to the health and safety of tenants” by applying the Decent Homes Standard to all privately rented homes.

Several steps to raise property standards have already been taken, including:

The Bill’s white paper also states councils will be given more powers to enforce the Decent Homes Standard and crack down on landlords who don’t comply.

The introduction of lifetime deposits that follow a tenant from property to property were mooted as a major part of the Renters Reform Bill.

However, this has now been tempered and essentially taken off the table in the Bill’s white paper, and we don’t expect to see these introduced at any point until a workable plan has been found.

Although student lets often work differently to other private rental properties, the Renters Reform Bill will also apply to them.

This has led student landlords to raise concerns.

Students often commit to a rental property many months in advance of moving in, while student properties are usually let for a fixed time of one academic year.

With the Bill proposing an end to fixed term tenancies, students would be able to leave their rental property at any time with two months’ notice.

And student landlords say they may be unable to let the property to new tenants in the middle of the academic year.

And with no guarantee of vacant possession, they say they may not be able to let to new students at the start of the academic year.

The Bill proposes that a new Private Renters’ Ombudsman be created to help landlords and tenants find common ground outside of the courtroom.

Joining the ombudsman would be mandatory for landlords, although those whose properties are managed by letting agents already benefit from being part of a mandatory redress scheme.

A new property portal would also be introduced under the Bill, with landlords required to register their properties.

The portal would give tenants more transparent information on the standard of the property they wish to rent and local councils more details should problems arise at a property.

Landlords would be restricted to one rent review or increase per year under the Renters Reform Bill, while notice periods to inform tenants of a rent increase would be increased to two months.

The Bill also allows tenants to challenge a rent increase if they believe it to be unfair and rent review clauses in tenancy agreements would be banned.

Tenants would be permitted to make modifications to rental properties under the Renters Reform Bill.

But the property would need to be returned to the same condition before the tenant moves out.

The Bill will also affect landlords who rent their properties as short-term, or ‘holiday’ lets, while renting on standard assured shorthold tenancies (ASTs) during the winter.

These landlords will have no grounds for possession or certainty that the property will become available for the summer at the end of each AST.

It’s important to understand that the Renters Reform Bill white paper simply outlines the proposals behind the Bill.

Once draft legislation is published, this detail will be debated and scrutinised and working groups will consult with the government and suggest amendments.

Following the committee stage, the Bill will be debated in the House of Commons and House of Lords, and we expect the first implementation date in late 2023 or early 2024.