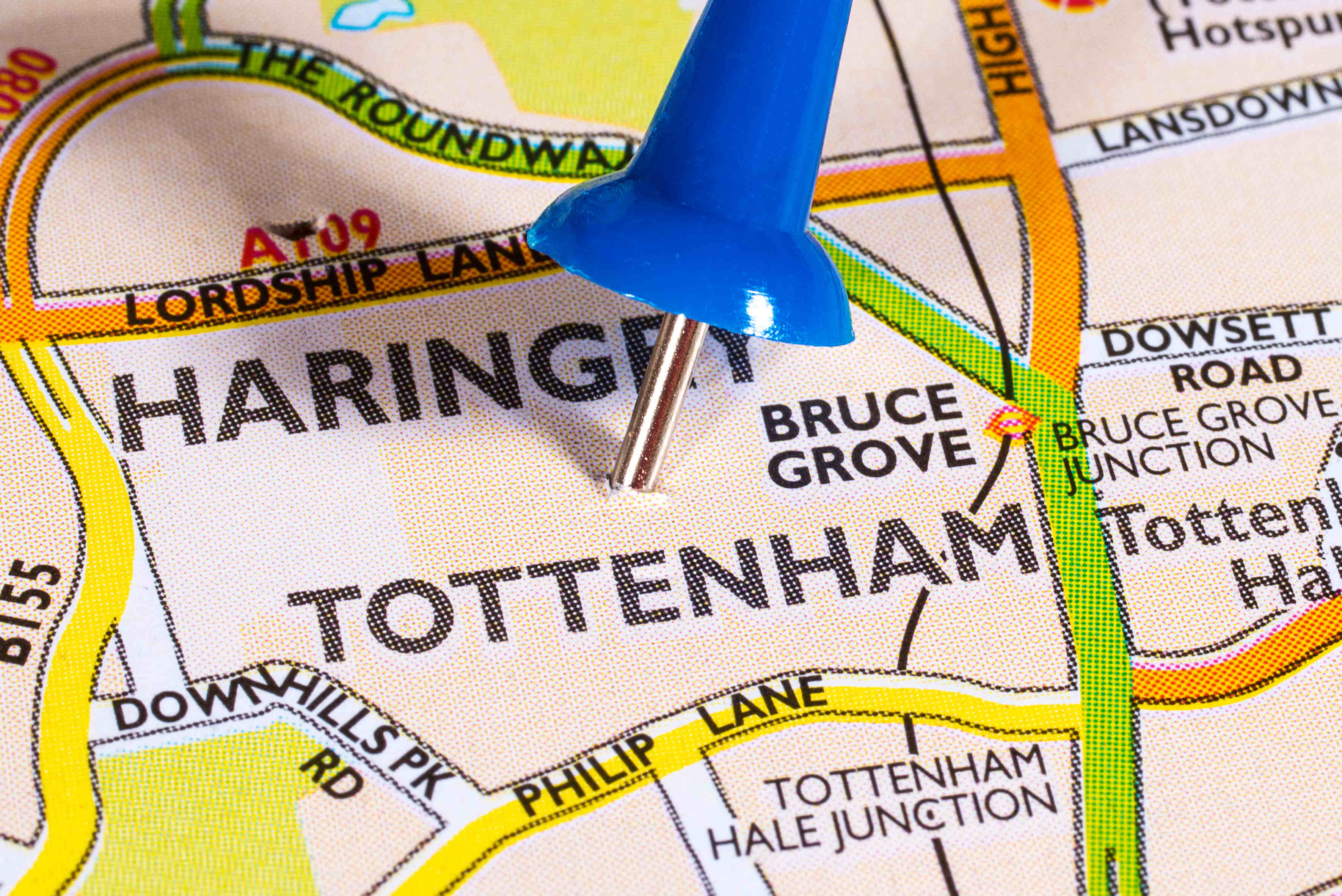 Tottenham is a tale of a London area on the up.

The North London suburb hasn't always had the greatest of reputations, but like other areas of the capital, it's intent on looking to the future.

Helped by a raft of new development and the completion of Tottenham Hotspur's incredible new stadium, Tottenham is undergoing a dramatic transformation - and it's popularity is growing alongside that.

Tottenham lies in the borough of Haringey and is just under six miles north east of central London, flanked by Edmonton, Wood Green, Walthamstow, Harringay and Stamford Hill.

For property hunters, there's real value to be found in Tottenham compared with other, pricier areas further south and thanks to the area's superb transport links back into central London, there's no compromise on the commute.

Houses for sale in Tottenham

The area is home to some nice Georgian properties, too, along the A10, but property for sale in Tottenham is predominantly from the Victorian era.

Many of those properties have been converted into flats and are popular with first-time buyers, but many remain in the hands of families, too.

Properties closer to Seven Sisters station in South Tottenham, near Stoke Newington and Stamford Hill, tend to be pricier than those further north.

However, property prices in Tottenham remain considerably lower than the capital's overall average, opening the door to first-timers and providing great value for those already on the ladder looking for a little more home for their money.

Flats to rent in Tottenham

Thanks to years of regeneration, Tottenham now offers renters some more modern flats and apartments alongside those traditional Victorian conversions.

Young professionals priced out of areas closer to central London flock to Tottenham to take advantage of value in rental prices and great links back to the city.

Rental properties close to Turnpike Lane, Tottenham Hale and Seven Sisters stations are, as you would expect, in high demand.

A host of new properties have gone up in Tottenham in recent years through a regeneration programme, with the latest new build houses available in the area in places like West Green Place.

New flats in the area are also worth checking out at places like Ferry Lane and along White Hart Lane, close to Tottenham Hotspur and the station.

How to get to Tottenham

It's also well connected by road. Those arriving from the M25 take the A10 south into Tottenham, while the A406 North Circular road runs north of the area.

As well as a host of independent shops on High Road, from Seven Sisters in the south to White Hart Lane in the north, Tottenham is also home to Tottenham Hale Retail Park, which hosts stores like Next, Argos, B & Q, Halfords and Currys PC World.

Tottenham is one of the most ethnically diverse places in the UK and, as such, the area offers a wonderful array of cuisines.

To start, try Bruce Burgers on Bruce Grove, which offers great tasting burgers alongside crispy fries and some great vegetarian options, too.

Blightly Tottenham on High Road, meanwhile, is loved by fans of Indian and Bangladeshi dishes, but also offers food from around the Commonwealth, including a classic Engligh fry-up and Canadian pancakes.

What to do in Tottenham

Unlike much of London, Tottenham offers something for lovers of outdoor space as much as it does to sports fans and foodies.

Walks along Tottenham Marshes are among the best the capital has to offer, with narrowboats cruising along the River Lee - it's so good, in fact, that you'll probably forget you're in London at all.

Lordship Recreation Ground, too, is a great haven away from the hustle and bustle of town, with a lake, children's playground, BMX and skate tracks.

Foodie fans, meanwhile, should take in the Seven Sisters market, known locally as El Pueblito Paisa, where food from around the world is on sale from an indoor mall just off High Road.

Finally, Tottenham sports fans have been rejoicing ever since the new Tottenham Hotspur Stadium was completed in 2019.

The venue is one of London's largest stadiums and hosts American Football as well as Tottenham Hotspur's home matches in the Premier League.

Ellis & Co has been putting people in some of Tottenham's best properties for more than a quarter of a century now.

The experienced team at the branch on West Green Road, close to Seven Sisters, is hugely passionate about property and about Tottenham.

So, if you're looking to buy, rent, sell or need your investment property well managed, give the team a call, contact us through the website or please do pop into the branch.